As we have documented in previous surveys, independent businesses have proven nimble during a period of dramatic shifts in technology and consumer habits. Much of their resilience can be traced to the distinct benefits they provide to their customers, industries, and communities.

Yet, despite these competitive advantages and their broader importance to the U.S. political economy, independent businesses are under threat and declining in most industries. The findings of our 2019 Independent Business Survey suggest that the problem isn’t changing technology or consumer habits. Instead, independent business owners say they are often competing on a unlevel playing field. Many public policy decisions in recent years have fueled market concentration and favored their big competitors.

This survey’s findings shed light on these challenges and policy issues. In their comments, business owners also offer insight and guidance to elected officials looking to build a more equitable, entrepreneurial, competitive, and dynamic economy.

More than 1,000 independent businesses nationwide participated in this survey. Retailers made up about half of the responses, while the remainder represented a mix of industries, from service providers to manufacturers, banks, wholesalers, and more. In addition to the main questions, business owners provided hundreds of written responses on various topics. We analyzed these for additional insights and quoted a representative sample in this report.

Top Challenges — Among the independent retailers surveyed, Amazon overwhelmingly ranked as the top threat to their businesses, with 75 percent of respondents rating the danger posed by the tech giant as significant or extremely significant. They reported that their second biggest challenge is that their suppliers are providing more favorable pricing and terms to large retailers. Coming in third was the high cost of healthcare. Among non-retail businesses, the cost of healthcare was the top concern, followed by the difficulty of finding qualified employees, followed by competition from big corporations.

Amazon — When asked to assess the overall effect of Amazon, 93 percent of independent retailers surveyed indicated that Amazon has negatively impacted their revenue, with more than half describing the degree of impact as “significant.” Many of these retailers not only compete with Amazon; they also rely on its Marketplace to reach consumers. In comments, respondents noted that, given Amazon’s dominance in online shopping traffic, they felt they had little choice but to sell on its platform. Yet, only seven percent of those who did reported that it was having a positive impact on their bottom line. Of those selling on Amazon’s platform, 11 percent described their experience as broadly successful, while 18 percent said their experience had been unsuccessful. Another 71 percent described their experience as neither successful nor unsuccessful, reporting that their Amazon sales generated additional revenue but only enough to make up for the cost of selling on the platform. 2019 Independent Business Survey 5 WWW.ILSR.ORG The most cited reason for this lack of success was the size of the fees Amazon charges third-party sellers, a factor named by 60 percent of respondents. More than one-third reported that “Amazon sells the same products and competes against me.”

Concentration: Mergers, Swipe Fees, and the Digital Ad Market — Growing concentration among suppliers was identified by respondents as a major factor undermining their ability to compete. With fewer suppliers of key goods and services, independent businesses reported paying higher prices and having a more difficult time negotiating reasonable terms. One area of concentrated supply that’s of significant concern to independent businesses is credit and debit card processing. Survey respondents reported that they are spending an average of more than three percent of their total revenue on swipe fees. Another area of concentration affecting independent businesses is the digital ad market. Facebook now captures one-quarter of their total marketing budgets, respondents said.

Affordable Space — The high cost of leasing or buying space was rated as a significant challenge for one-quarter of survey respondents. This was notably higher for those located in cities. Among urban businesses, 52 percent said that commercial rents have been rising faster than their sales.

Access to Loans — Many independent entrepreneurs are having a hard time securing financing to grow. Of those who sought a business loan in the last two years, 41 percent were either unable to obtain one or received a loan for less than the amount they needed. This figure was higher for businesses that are new, smaller, minority-owned, or women-owned. In comments about their experiences applying for financing, respondents who approached community banks reported more positive experiences, while almost all of those who applied to one of the “Big Four” megabanks reported negative experiences.

Top Public Policy Issues — Regulating credit card swipe fees and healthcare policy ranked as the top issues for all businesses. Among independent retailers, other top issues included Internet sales taxes, corporate subsidies, labor requirements, and antitrust policy. Independent businesses expressed strong support for stepped up antitrust enforcement. When asked whether they think “regulators should more vigorously enforce antitrust laws against large, dominant companies,” 66 percent agreed, while seven percent disagreed. Asked to evaluate the job the antitrust enforcement agencies are doing in their own industries, a large majority, 70 percent, of those who offered a rating said “very poorly” or “poorly.” Only six percent rated antitrust officials as doing their job “well” or “very well.” With regard to Amazon in particular, 70 percent of respondents said that federal and state antitrust regulators should investigate the company’s market power and behavior. Only six percent disagreed. More than 90 percent of respondents support legislation in their state to cap the dollar value of economic development incentives that big companies can receive. Given the importance of these issues to the future of independent businesses, it’s not surprising that half of respondents reported advocating either frequently or occasionally on public policy issues that affect their businesses 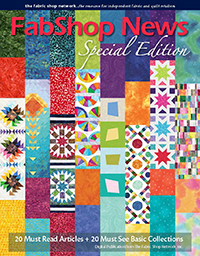